Family gesture: Nancy Kitchel provides a relay for how to locate mood or atmosphere in a local and family setting.

“Covering My Face: My Grandmother’s Gestures,” 1973 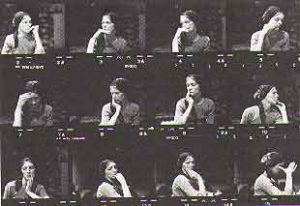 How a particular Midwestern storytelling tradition resembles the landscape. How my aunt or my mother can tell a story in such a way that the peaks (of violence) are cut off and the low points are filled up (with details, with emphasis), until the whole is perfectly flat and contains the violence.

This family gesture may be linked with the iconic gestures found in religious art and contemporary entertainment media. 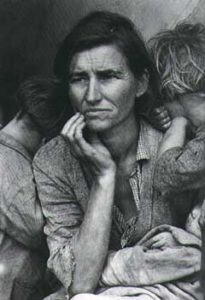 Nancy Kitchel’s “grandmother’s gesture” may be seen as a series of variations on a gesture of worry and anxiety codified in this photograph taken by Dorothea Lange as part of a New Deal project to document the misery of migrant workers, sponsored by the Farm Security Administration during the Great Depression. “Migrant Mother” is one of the most-cited pictorial images of our times.

A repetition of gestures of this sort opens a conductive inference path between (in this case) Family and History. If Kitchel were doing our assignment this gesture would justify a search in documentation of “the Great Depression” to find a metaphor to express the mood of her Family circumstances. 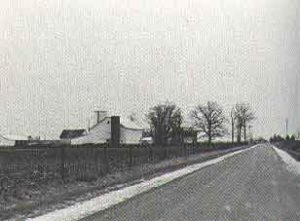 This idea I have that the whole inside of my head resembles this landscape (flat? nothing there?), that the particular, peculiar sense of great space, isolation in space, harshness, clarity, severity, the constant transitions, shifts, reveries, the wild swings form one state to another, forms the visual, auditory, reasoning, base for thought or action. A sense that I have been formed out of the quality of the landscape, that everything unnecessary is being slowly eroded by harsher elements. And the confidence that I will survive, denuded, or that something will survive, something will never stop.”

The motif of metaphysical whiteness provides some practice with flash reason, conductive inference charting patterns emerging in the repeating signifiers of the popcycle. Such repetitions cause figurative and even archetypal connotation to emerge from ordinary scenes. To emphasize this design principle we include for the curricular archive a few touchstones of cosmic white in American letters.

For Once, Then, Something
Robert Frost

Others taunt me with having knelt at well-curbs 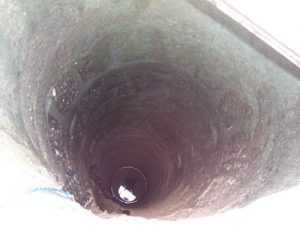 Always wrong to the light, so never seeing
Deeper down in the well than where the water
Gives me back in a shining surface picture
Me myself in the summer heaven godlike
Looking out of a wreath of fern and cloud puffs.
Once, when trying with chin against a well-curb,
I discerned, as I thought, beyond the picture,
Through the picture, a something white, uncertain,
Something more of the depths—and then I lost it.
Water came to rebuke the too clear water.
One drop fell from a fern, and lo, a ripple
Shook whatever it was lay there at bottom,
Blurred it, blotted it out. What was that whiteness?
Truth? A pebble of quartz? For once, then, something

–Melville, Moby Dick: the whiteness of the whale.

What the white whale was to Ahab, has been hinted; what, at times, he was to me, as yet remains unsaid. Aside from those more obvious considerations touching Moby Dick, which could not but occasionally awaken in any man’s soul some alarm, there was another thought, or rather vague, nameless horror concerning him, which at times by its intensity completely overpowered all the rest; and yet so mystical and well nigh ineffable was it, that I almost despair of putting it in a comprehensible form. It was the whiteness of the whale that above all things appalled me. But how can I hope to explain myself here; and yet, in some dim, random way, explain myself I must, else all these chapters might be naught. […] 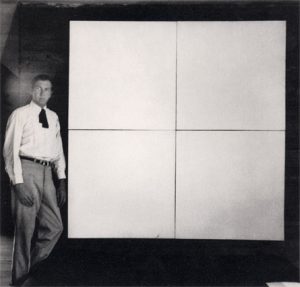 But not yet have we solved the incantation of this whiteness, and learned why it appeals with such power to the soul; and more strange and far more portentous–why, as we have seen, it is at once the most meaning symbol of spiritual things, nay, the very veil of the Christian’s Deity; and yet should be as it is, the intensifying agent in things the most appalling to mankind.

Is it that by its indefiniteness it shadows forth the heartless voids and immensities of the universe, and thus stabs us from behind with the thought of annihilation, when beholding the white depths of the milky way? Or is it, that as in essence whiteness is not so much a colour as the visible absence of colour; and at the same time the concrete of all colours; is it for these reasons that there is such a dumb blankness, full of meaning, in a wide landscape of snows–a colourless, all-colour of atheism from which we shrink? And when we consider that other theory of the natural philosophers, that all other earthly hues–every stately or lovely emblazoning–the sweet tinges of sunset skies and woods; yea, and the gilded velvets of butterflies, and the butterfly cheeks of young girls; all these are but subtile deceits, not actually inherent in substances, but only laid on from without; so that all deified Nature absolutely paints like the harlot, whose allurements cover nothing but the charnel-house within; and when we proceed further, and consider that the mystical cosmetic which produces every one of her hues, the great principle of light, for ever remains white or colourless in itself, and if operating without medium upon matter, would touch all objects, even tulips and roses, with its own blank tinge–pondering all this, the palsied universe lies before us a leper; and like wilful travellers in Lapland, who refuse to wear coloured and colouring glasses upon their eyes, so the wretched infidel gazes himself blind at the monumental white shroud that wraps all the prospect around him. And of all these things the Albino whale was the symbol. Wonder ye then at the fiery hunt? 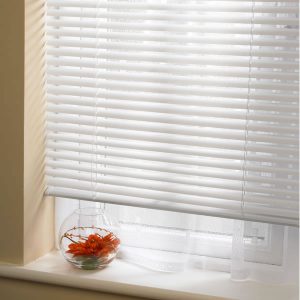