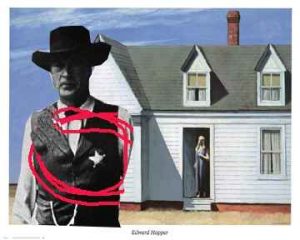 This blog promotes heuretics (the logic of invention) as a pedagogy and research methodology.  Heuretics applies theory to the creation of new forms, practices, methods, in the way that Hermeneutics applies theory to the interpretation of extant works (OED paraphrase).  The immediate context is an experiment to invent a genre supporting learning in digital media. Through this specific invention the operations of heuretics as a method are also articulated.  We want to understand not only how to invent a konsult,  but how to perform heuretics in general (how to adapt it to other  programs and experiments). All the terms of our experiment are open for testing, contesting, and alteration.

Poetics are generated by means of the CATTt.  This generator first appeared as a pattern in the readings of a seminar on the history of theory (Plato to the present).   Each of the discourses on method were constructed using a Contrast, Analogy, existing Theory, a Target context, and a tale (tail of a cat) in which to communicate and demonstrate the new practice.  Plato’s dialogue method, for example (Phaedrus is the first discourse on method in the Western tradition), is the prototype:  Contrast with sophism, and more generally with Homer’s epics. Analogy with medical diagnosis (seeking a “diagnosis” of moral ills); Theory is Socrates, representing a Pythagorean background; Target is the institution of School; tale is the dialogue form itself, a conversational interface within which one is introduced to dialectic.  The CATTt may be used to analyze existing works.  Any hermeneutics may be translated into a heuretics, meaning that its analytical points may be redescribed as instructions for production.

—The CATTt slots function like a spread in Tarot reading (or in any template): the slot itself is active and inflects any resource it receives.  The syntax of CATTt begins with the articulation of a problem: Contrast repels; Target attracts.  Contrast: the extant metaphysics of literacy are fine as far as they go, but are relative to their apparatus. Target: The Internet requires a native metaphysics.  The C & T are kenotic, emptying out, opening a site for invention.  The procedure is to inventory the respective resources to understand the terms of the problem, both what is being rejected, that for which an alternative is sought, and the affordances of the new condition.  Solution is generated from an inventory of Analogy and Theory.  Analogy is an extant related practice suggesting possibilities of the new discourse; Theory identifies the principles structuring the invention as a whole (the What of the enterprise).  The heuretic produces four inventories, four lists, each list inflected by its slot.  A pattern of correspondences emerges in the intertext created by the juxtaposition of lists.  This pattern is configured into a poetics, a forumla or recipe of instructions for composing (in our case) an electrate metaphysics.  The blog medium supports and organizes this process of collection, inventory, and correlation. The formulation requires some art, some craft, since the intertext does not produce an algorithm, but a pattern.  The resulting poetics is valid (not true):  the validity is authenticated by the formal coherence among the readings.  What resembles, assembles (Jakobson).