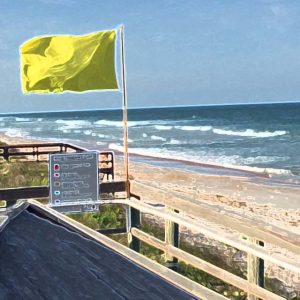 Everyday life is a dimension of the lifeworld addressed in the tradition of Arts &  Letters disciplines dating back to Marx’s commentaries on the revolutions in France (Paris) beginning in the middle of the nineteenth century.  The issue is central to electracy, in that the digital apparatus is associated with the rise of the industrial city.  The primary institutional condition to be remedied through a new (image) metaphysics is the impoverishment of everyday life codified in the concepts of alienation, reification, objectification.  Marx diagnosed the problem as due to the division of labor, and the new cultural and social environment created by the commodity form in market capitalism under bourgeois hegemony.  Life in the industrial city became “uncanny,” due to a discontinuity, disjunction, between individual agency and collective events.  An equivalent of the Unconscious opened within culture, a return of the repressed in which citizens suffered the consequences of their collective actions as if visited upon them by divine powers (commodity fetishism). “Routine” in this context is the habituation of daily ritual that must be dispersed by means of shock arts devices of estrangement (defamiliarization).

Konsult is an experiment in overcoming alienation as part of an electrate public sphere, drawing upon a counter-movement in modernity that began in Bohemian Paris, the cabarets of Montmartre, the emergence of the avant-garde arts. Walter Benjamin theorized Paris as the Capital of the Nineteenth Century, featuring the life and poetry of Charles Baudelaire as the paradigm.  This invention stream of a new metaphysics, grounded in aesthetic practice, spread through world culture in the style of surrealism, was extended by the Situationists (Guy Debord, Society of the Spectacle), theorized by French post/structuralism (especially Tel Quel), and promoted by thinkers as diverse as Henri Lefebvre and Michel de Certeau.  Konsult experiment is to design and test a practice (theopraxesis) that makes aesthetic experience in all its dimensions (poiesis, aesthesis, catharsis) available as a capacity of everyday life, serving the interests of well-being in the public sphere. As always, the unspoken expectation is: what is that for me (what is my everyday life?).