Excerpts from Bertolt Brecht’s article “On Gestic Music,” translated by John Willett. This principle helps us see how images become wide.; how the primal scene is generalized into a personal category. The wide image is the generator of a gest. To adapt the analysis to mystory, extend “class struggle” to all the ideological categories, and associate the term creative with “political.” Gest constitutes interface between microcosm and macrocosmic disaster. Pedagogy becomes heuretic when objects of study (such as Brecht or Blanchot) become relays for konsult. 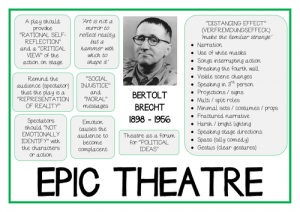 “Gest” is not supposed to mean gesticulation: it is not a matter of explana-tory or emphatic movements of the hands, but of overall attitudes. A language is gestic when it is grounded in a gest and conveys particular attitudes adopted by the speaker towards other men. The sentence “pluck the eye that offends thee out” is less effective from the gestic point of view than “if thine eve offend thee, pluck it out.” The latter starts by pre-senting the eye, and the first clause has the definite gest of making an assumption; the main clause then comes as a surprise, a piece of advice, and a relief.

The musician sees this initially as an artistic principle, and not a specially interesting one. It may perhaps help him to set his texts in a particularly lively and easily assimilated way. What is more important is the fact that this principle of looking to the gest can allow him to adopt his own political attitude while making music. For that it is essential that be should he setting a social gest.

WHAT IS A SOCIAL GEST?

Not all gests are social gests. The attitude of chasing away a fly is not yet a social gest, though the attitude of chasing away a dog may be one, for in-stance if it comes to represent a badly dressed man’s continual battle against watchdogs. One’s efforts to keep one’s balance on a slippery surface result in a social gest as soon as falling down would mean “losing face”; in other words, losing one’s market value. The gest of working is definitely a social gest, because all human activity directed towards the mastery of nature is a social undertaking, an undertaking between men. On the other hand a gest of pain, as long as it is kept so abstract and generalized that it does not rise above a purely animal category, is not yet a social one. But this is precisely the common tendency of art: to remove the social element in any gest. The artist is not happy till he achieves “the look of a hunted animal.” The man then becomes just Man; his gest is stripped of any social indi-viduality; it is an empty one, not representing any undertaking or operation among men by this particular man. The “look of a hunted animal” can be-come a social gest if it is shown that particular maneuvers by men can de-grade the individual man to the level of a beast; the social gest is the gest relevant to society, the gest that allows conclusions to be drawn about the social circumstances. 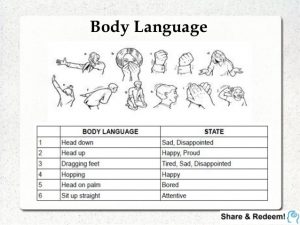 Suppose that the musician composing a cantata on Lenin’s death has to reproduce his own attitude to the class struggle. As far as the gest goes, there are a number of different ways in which the report of Lenin’s death can be set. A certain dignity of presentation means little, since where death is involved this could also be held to be fitting in the case of an enemy. Anger at ‘the blind workings of providence’ cutting short the lives of the best members of the community would not be a communist gest; nor would a wise resignation to “life’s irony”; for the gest of communists mourning a communist is a very special one. The musician’s attitude to his text, the spokesman’s to his report, shows the extent of his political, and so of his human maturity. A man’s stature is shown by what he mourns and in what way he mourns it. To raise mourning to a high plane, to make it into an element of social progress: that is an artistic task.