5) Recognition. The kind of memory specifically supported in electracy is discussed in Konsult: Theopraxesis using the example of Marcel Proust’s involuntary memory (the event of remembrance when Marcel tasted the biscuit dipped in tea). Roland Barthes referred to the punctum or sting of recognition he experienced when viewing certain photos. This event of recognition signals the operation of intuition, the intelligence accessing deep memory formed during the visceral education of disposition in childhood. This visceral orientation is not accessed directly, but informs judgments of taste (Kant), of action in prudence (phronesis), constituting the thymotic dimension of all decision. The discovery of konsult is that mystory enables theopraxesis (integrated thought-action-imagine), mise-en-machine of visceral attraction-repulsion (passional intelligence). This logic of orientation is called flash reason, conductive inference, structured in the manner of poetic epiphany, adaptive for real-time augmented smart space. We will address this rhetoric throughout KE.

–Antonio Damasio: Context for flash reason, used in the composition and design of mystory.

In his most recent book (Self Come to Mind), the neuroscientist Antonio Damasio discusses the human capacity to recognize one’s  own being in features of the external world (natural and cultural things, events, works).  The world offers us a mirror in which to track the turns of our identity.  He offers an example of his own experience of this capacity.

It is an object that has helped him construct, interpret, ponder and crystallize his identity, or at least his idea of it. It came to him in the early 1970s, when he was in medical school at the University of Lisbon. The sculpture, made by a woman he had just begun dating (a fellow neuroscience student and a sculptor named Hanna Costa), is a little terra-cotta figure of a man seeming to fight his way forward in a storm. And it all but cried out to Dr. Damasio with a mysterious urgency.

“Somehow I felt that it was me, or belonged to me,” he recalled. “Even though she had done it before we met.”

The doctor was even more convinced that it was a sculpture of his favorite boyhood hero: Tintin, the boyish blond reporter and detective whose comic-book adventures, written by Georges Remi (a k a Hergé) from the 1930s to the early 1980s, delighted generations of European children. Dr. Damasio was one of them, having found endless inspiration in Tintin’s feats of derring-do and the restlessly inquisitive mind that dispatched mystery after mystery with faultlessly astute reasoning and a killer right punch.

In a review of Damasio’s book, Ned Block pointed to one significant area of disagreement, not with Damasio’s example, but with how the capacity  is interpreted.  It reflects not so much “self-consciousness” as “phenomenal” consciousness, related to Merleau-Ponty’s “flesh.”

But there is also a different kind, as anyone who knows what it is like to have a headache, taste chocolate or see red can attest. Self-consciousness is a sophisticated and perhaps uniquely human cognitive achievement. Phenomenal consciousness by contrast — what it is like to experience — is something we share with many animals. A person who is drunk or delirious or dreaming can be excruciatingly conscious without being wakeful, self-aware or aware of his surroundings. (Block)

For the purposes of flash reason this disagreement is beside the point.  It is important rather to mark this capacity as precisely the capacity augmented in the electrate apparatus, whose skill set is flash reason managing dromosphere information sprawl.  The funtion of measure in image metaphysics is this event of recognition (belonging to me). 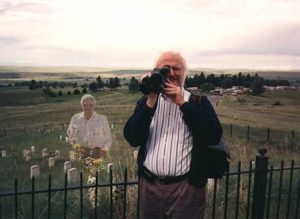