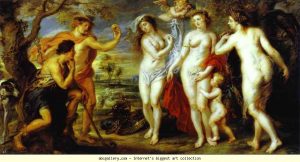 4) THEOPRAXESIS. What resources are available to egents in their practice of konsult? Egents design their Wide Image in the context of the curriculum, as a reminder of the resources of the archive of Arts and Letters traditions available for retrieval or reoccupation in the project of invention. In addition to heuretics and mystory as a genre for composing Wide Image against Disaster, egents are introduced to their own capabilities as these have been dramatized, augmented, and explored in the tradition. The entire archive is reconfigured according to this pattern, which is consistent from Plato’s Republic to Alan Kay’s Graphical User Interface (GUI). These capabilities (powers, virtues) constitute the intellectual virtues in Aristotle’s account: Theoria, Praxis, Poiesis. The portmanteau Theopraxesis in the subtitle of the book affiliated with KE refers to these powers, with the new term signaling the need for integration of capabilities in the dromosphere.

–Capabilities. The argument of Konsult: Theopraxesis is that Justice updated for electracy makes capability a human right (referencing Amartya Sen). The heuretic curriculum samples the status and relationships among the capabilities (virtues) historically. Rubens’s Judgment of Paris visualizes in this legend the quarrel or conflict inherent in the relationship among these powers, both within an individual person and in their institutional extensions. The quarrel is among three goddesses, associated with the respective powers, as to which one is more desirable: Athena (Wisdom and War); Hera, wife of Zeus (Political Power, worldly action); Aphrodite (Beauty, sexual fertility). The mortal Paris is asked to judge by awarding a Golden Apple to the One. Each Power tries to bribe him, and Aphrodite wins by promising Helen as prize, the most attractive mortal woman. Paris took the bribe and the rest is Epic. Hubert Damisch, in his book on this topos, notes the challenge of visualizing the three powers. In this medium, Aphrodite has the advantage.

–Modality. The mystorical imperative always is to recognize these histories as belonging to me: what is my experience of these three virtues personally and institutionally? In Plato’s Republic (Contrast in the CATTt generating Konsult as genre), the three powers are articulated in a microcosm/macrocosm structure, imagining social institutions as collective realizations of human virtues: Head (Rulers); Heart (Guardians); Viscera (Workers). The pattern continues in modernity in Kant’s Critiques of Pure Reason, Practical Reason, and the Judgment of Taste. Hannah Arendt attempted to update Kant’s Critiques for a post-Holocaust civilization, leaving the project unfinished at her death. This history is relevant to understanding the challenge of electrate learning: to integrate in one performance the powers of Thinking-Doing-Making; Knowing-Willing-Imagining. Alan Kay designed GUI with this history in mind, providing three inputs interfacing human capability with the digiverse: Keyboard, Mouse, Image. 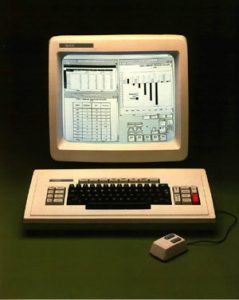 –Pedagogy. The practical import of this reconfiguration is as guidance for transition from literacy to electracy. The quarrel among the virtues underlies the dispute among the traditions of Philosophy, History, and Literature as to which one is closest to Truth: Philosophy declares what is; History documents what happens; Literature imagines possibilities. The shift in orientation in electracy is away from the information of the archive to the capabilities of the egent: the goal is not objective coverage of history, but egent empowerment.