Purpose: Details
The fundamental goal of each part of the mystory  is to record and accumulate details, sensory material signifiers, from each discourse of the popcycle. The mystory serves as a kind of “dream catcher,” an aesthetic filter, to register the events of interaction between the individual and the society. Within this general purpose there is a specific fit between each part of the mystory and the commonly available basic forms of composition and design. The commitments noted below were arrived at through a process of trial and error, and are open to revision (as are all aspects of this pedagogy). 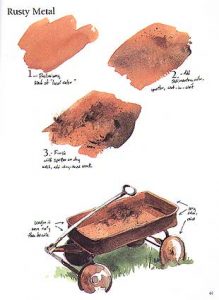 Family Discourse: Narrative
Memories of family experience are entered into the mystory by means of narrative form. The literary anecdote (adapted from oral storytelling) works well. The various versions of supershort, micro or flash fiction fit with the brevity desirable in online venues. The exercise of putting the memory into narrative form enhances and intensifies the memory experience. There is also the fact that any formal requirements tend to stimulate inventiveness. Some key points about narrative are:

Entertainment Discourse: Exposition
Unlike the Family memory, the Entertainment work is already a narrative. The diegesis of this narrative (its imaginary world) is entered into the mystory not by retelling the story but by using the documentary form of expository analysis. The features of a scene deemed most relevant by the maker are recorded using technical, objective, encyclopedic style to enhance and augment those props and gestures that most contribute to the atmosphere of the world. 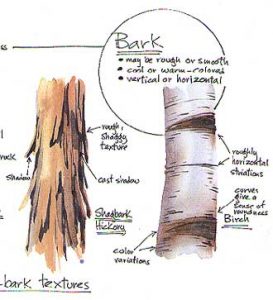 One version of the assignment proposed that this documentation be entirely visual, to foreground the pictorial image in the way that the Family entry foregrounded the verbal image. However, this distinction is arbitrary since in both cases there is supposed to be a balance of words and graphics (adapting the forms to the medium of the Web). Roland Barthes’ Empire of Signs is a relay for the desired documentary description. Each entry of his short book on Japan constitutes a “sign,” consisting of some 400-500 words, often with a pictorial illustration. The instruction is do for the diegesis of your Entertainment work what Barthes did for Japan. Other relays are possible, including encyclopedic dictionaries. The principle is to adapt an existing model as a guide for your composition. Another possibility is to use the formal features of screenplays or scriptwriting to record the necessary details: shot lists, treatments, dialogue, camera work, and the like. All these versions may be used together. The scenario form in general is a useful model for konsult experiments, with sketchbooks, storyboards, scrapbooks, journals, as contemporary retrievals of manuscript commonplace books and memory palaces.

History: Combination and Repetition
In the version in which Entertainment features visual graphics, History is recorded using exposition. In an alternative version this third installment is an opportunity to repeat all the forms and devices introduced in the first two installments. The diegesis of a relevant historical event from the egent’s community is recorded using a combination of short narrative, documentary sign, and visualization. The narrative established the event (the situation) and the documentation (sign) focused on some detail, promoted through this intensification into a metonym evoking the attitude of the narrator to the situation.