The Expanded Image. Hypermedia students composed an image of wide scope in four steps, extended over a semester: 1) Family Memory, read John Briggs, Fire in the Crucible, on the wide image; 2) Entertainment narrative, read Zinsser, Worlds of Childhood; 3) Community History, read Momaday, Rainy Mountain; 4) Emblem, read Leonard Koren, Wabi-Sabi: for Artists, Designers, Poets & Philosophers. Japanese enjoys a rich vocabulary of aesthetic terms, with Wabi-Sabi one of the most important. Introducing this book to students (which they invariably liked), I asserted that it was the best single book on the poetics of “image” that I had ever read. There were certain books I introduced with some fanfare, using hyperbole as a substitute for experience, to overcome the insecurity of thinking that while Koren’s book was good, there must be other books that were better somewhere else. University of Florida is rated as a “good bargain,” since it has one of the lowest tuitions of any AAU school: $6500 a year. My introduction claimed that this book was as true at UF for $6500 as it was true at Stanford for $45,000. Helen Cixous’s Three Steps on the Ladder of Writing, I continued, is true for $6500. At Stanford for $45,000 there is no fourth step. Similarly Calvino’s Six Memos for the Next Millennium, still lacks the sixth memo (the lecture series one short at Calvino’s death) at Stanford, as it is at UF. The motivation for the hyperbole and performative framing was part of introducing students to theopraxesis, the three capabilities received from Avatar, that Koren made explicit in his exposition of Japanese traditional culture and aesthetics. 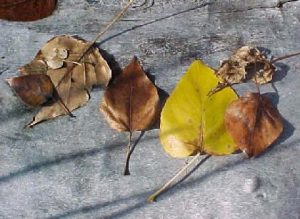 –How an Image becomes Wide. Koren demonstrates how a detail of the world is selected as a vehicle for a poetic image: for example, a worn shingle on an old hut, with a streak of rust descending from an iron nail. The tenor (theme) of this vehicle is coded in Japanese traditional culture, relative to the wisdom metaphysics of Buddhism, to express an existential insight into time and entropy known as wabi-sabi.  “Wabi-Sabi can be called a ‘comprehensive’ aesthetic system. Its world view, or universe, is self-referential. It provides an integrated approach to the ultimate nature of existence (metaphysics), sacred knowledge (spirituality), emotional well-being (state of mind), behavior (morality), and the look and feel of things (materiality)” (Koren, 41). The instruction was not to seek Wabi-Sabi in one’s own experience, but the equivalent, the mood and atmosphere, to find one’s personal version of what was modeled in Japanese tradition. The folk traditions of Blues into Jazz in global Creole syncretism (mufarse into tango, saudade into samba) is central to the thymotic and erotic dimension of world materialized in digital electracy. Koren’s analysis demonstrates how to expand the two-part vehicle and tenor of image into a six-part inventory. Students generated their emblems productive of wide image by answer six questions posed by Koren: three for vehicle; three for tenor. The three questions addressing tenor (themata) are the same three articulated in the catechism of modernism, directing theopraxesis. One implication, to be developed further, is that the system of capabilities is not confined to the Western Tradition, but functions globally across cultures and civilizations. 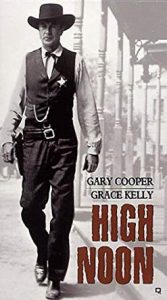 –Poetics: Image expanded into Emblem. The expanded image consists of two registers: material; metaphysical. Working with the narratives generated in composition of mystory, students must commit to one pedagogical object (magic tool), some detail found in at least one of the diegesis of the popcycle, to serve as logo or brand icon for the wide image. In Ulmer’s case (Noon Star), the repeating detail (like the dogs repeating in Momaday’s section III) was a five-pointed star: Family memory (the red star on his sheet music of the march, Garry Owen; Entertainment mythology (the film High Noon, Gary Cooper as Will Kane, discarding his sheriff’s star in the dirt after the gun fight); Community history (“General” Custer’s badge of rank, and Indian name, Son of the Morning Star). The three material questions are: 1) what is the prop/ icon? Ulmer chose the tin star sheriff’s badge to represent this materiality. 2) What are its attributes? (what mood or atmosphere is expressed that distinguishes this icon from its archetype, configuring it specifically for me. The context of High Noon star thrown in the dirt expresses rejection and disgust with the  hypocritical authority symbolized in the badge. 3) Archetype: what is the conventional meaning associated with this icon in the archive? (the five-pointed star has an extensive presence throughout many cultures).