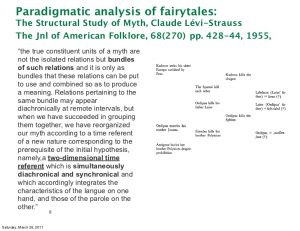 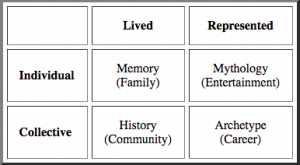 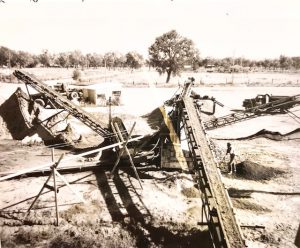 Wide Image into Diagram. The next step after using the emblem catechism to generate wide image is to begin translation into diagrams, extracting patterns from the intervals and relationships emerging within the matrix. Composing my first mystory in the mid-1980s, “Derrida at the Little Bighorn,” I discovered a match between Family and Career that produced an epiphany I have developed ever since. One of my first jobs when I worked at the plant was to clean the grids of the screens used to grade the gravel into sizes. Eventually the screens plugged up with stones and I had to knock them loose with a hammer. The pea-gravel screen could be cleaned by running the tip of a large screwdriver along the meshed grids, which produced an almost musical sound. This was the actual “gravel plant.” The washer with its three grades of screen, one on top of the other, was fed by a conveyor belt carrying the pit gravel from the quarry, and fed in turn three piles of sized rock, with the sand coming out the bottom. The whole contraption made a terrible noise and shook violently. I realized years later, reading Plato’s Timaeus after Derrida, that this gravel washer was a good metaphor or model for the operation of chora, sorting chaos into Earth, Air, Fire, Water.

“My verdict is that being and space and generation, these three, existed in their three ways before the heaven, and that the nurse of generation, moistened by water and inflamed by fire, and receiving the forms of earth and air, and experiencing all the affections which accompany these, presented a strange variety of appearances. and being full of powers which were neither similar nor equally balanced, was never in any part in a state of equipoise, but swaying unevenly hither and thither, was shaken by them, and by its motion again shook them, and the elements when moved were separated and carried continually, some one way, some another. As, when grain is shaken and winnowed by fans and other instruments used in the threshing of corn, the close and heavy particles are borne away and settle in one direction, and the loose and light particles in another. In this manner, the four kinds of elements were then shaken by the receiving vessel, which, moving like a winnowing machine, scattered far away from one another the elements most unlike, and forced the most similar elements into close contact.” 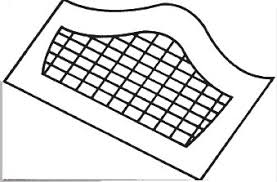 –Derrida, Chora-L As part of his collaboration with the architect, Peter Eisenman, on a design for one of the folies, to be included in the Park for Creativity, Parc de la Villette, in Paris, Derrida produced a drawing and a descriptive concept for an impossible project: to build Chora. “I propose therefore the following ‘materialisation’: in one or three exemplars (with different scalings) a gilded metallic object will be planted obliquely in the ground. Neither vertical nor horizontal, a most solid frame will resemble at once a mesh, sieve, or grid and a stringed musical instrument. An interpretive and selective filter which will have permitted a reading and sifting of the three sites [at the Park] and the three embeddings.”