The function of conventional consultants is to compose predictive scenarios. What is the source of inventional konsultant predictions? The sources are three: Paradigm; Aesthetics; Jokes (Richard Feynman’s autobiography is entitled, Surely You’re Joking, Mr. Feynman!). 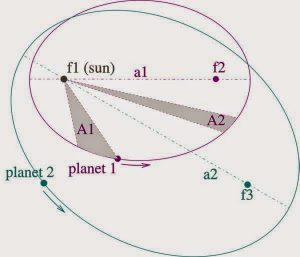 1) Paradigm. I began my career teaching Humanities, a yearlong survey of Western civilization from the Greeks to the present. The course was collaboratively planned and taught, anchored by a comprehensive textbook anthology in several volumes. The most impressive feature of the survey textbook was the introductory overviews to each historical period. The textbook summarized in five or so pages the achievements of historical epochs in every area of civilization (philosophy, art, music, science, politics, economics and the rest), describing the underlying unity of the age. Historians admit that this phenomenon of “spirit of the age,” Weltanschauung, worldview, is mysterious, an effect of description, but nonetheless real in its explanatory role by which people comprehend experience. A more respectable version of the condition is “paradigm,” referring to the parameters of what it is possible to think and say in a given epoch (Michel Foucault). The first (astonishing) observation is that truth has a history. My inference was the possibility of extrapolating that imagined coherence into the present epoch, to assume that our own moment similarly coheres, and inevitably will have been described in terms of a few unifying themes. Adopting this paradigm premise as a guiding principle introduces intelligibility into otherwise chaotic conditions. Thus konsultants today may situate any observation relative to non-Euclidean topologies, relational systems, general equivalencies (commodity form) and similar topoi of our era. The prototype of all relational systems in our era is language, now understood in structuralist terms as a system of material differences based on the human capacity to distinguish phonemes in the flow of sound. The difference between /pig/ and /fig/ (to use Lewis Carroll’s example) is the difference between the sounds /p/ and /f/, apart from any semantic definition. Major thinkers use topological geometry (including knot topologies) to explain Psychoanalysis (Jacques Lacan), Philosophy (Gilles Deleuze), Narratology (René Thom), Architecture (Peter Eisenman), to name a few. 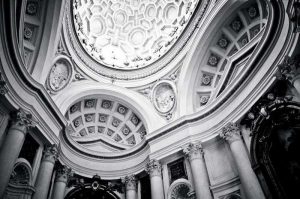 2) Aesthetics. Marshall McLuhan, citing Ezra Pound, declared, artists are the antennae of the race. The general principle is that anything materialized in culture first appears in metaphysics. The heuristic rule is that solutions to dilemmas and impasses (aporias) in experience have already been imagined and represented in the arts. The konsultant tactic is to diagram directly between problem conditions and aesthetic works. A prototype is the Copernican revolution, the heliocentric description of the solar system, in the work of Johannes Kepler, assigned by Tycho Brahe to define the orbit of Mars. After nine years of unsuccessful empirical labor, Kepler realized that the expected circular orbit was not supported by the data, and that the actual orbit traced an ellipse, enabling him to formulate the laws of planetary motion. The five-page textbook survey notes that the dominant aesthetic design of the Baroque period in which Kepler lived is the ellipse. Kepler’s laws of planetary motion are baroque! The heuretic principle proposes to use the correlation of science and aesthetics as predictive, projective, generative. The solution to a given empirical impasse in our era (in the natural and social sciences) already exists potentially in contemporary art. The inventive challenge is to discern which art, which works.

3) Jokes. Arthur Koestler, The Act of Creation, correlated the experience of insight across three fields of experience: humor, science, art (ha-ha, aha!, ah...). The correlation is valuable pedagogically, in that getting a joke (the involuntary nature of laughter) shares the same structure as having an insight of discovery in knowledge and experiencing the aesthetic effect of epiphany in art or literature. The underlying formal structure is the same for all three effects, which is what provides the predictive power. The structure is that of set-up and delivery, bait and switch, relative to the functioning of attention and intentionality in humans, playing on our capacity for surprise. The joke presents a scenario, establishing a certain expectation based on audience familiarity with culture. The narrative pay-off occurs by violating the first expectation, replacing the first scenario with a second one, operating by different rules, also familiar to the audience, but not the default understanding. To give a brief example, Sarah Silverman told this joke: “I really wanted to get an abortion, but my boyfriend and I were having trouble conceiving.” The history of science is full of legendary stories of discoveries made when some serendipitous accident transformed the expectations of an experiment to a different scenario producing Eureka (Penicillin discovered when a mold accidentally contaminated a staphylococcus culture plate). Picasso’s “Bike Bull,” a sculpture evoking the head of a bull made from a seat and handlebars of a bicycle, is an emblematic example. The predictive strategy based on Koestler’s structure is to assume that there is a second scenario available for any set of conventional expectations. Charles Sanders Peirce introduced the term “abduction” to name non-deductive hypothesis creation: The surprising fact, C, is observed. But if A were true, C would be a matter of course. Hence, there is reason to suspect that A is true.