Konsult Experiment (KE) is devoted to the invention of education designed  for electracy (the apparatus of digital civilization). The immediate goal is the transition from literate school into natively electrate practices. Primary partners for this collaboration are colleagues engaged in developing Humanities curriculum and pedagogy addressing learning through digital media. KE approaches this project in terms of heuretics (the logic of invention). We do not assume that we know in advance the coming electrate education. We do know how it may be invented. The first step in transforming learning from literacy to electracy is to reimagine Arts and Letters curriculum as resources for creativity, not only within the Humanities disciplines, but across the curriculum. Literacy remains relevant to all disciplines to the extent that writing and its related powers of reason and argument are a dimension of all learning. Electracy is similarly relevant to the extent that creativity is practiced as pedagogy.

KE’s point of departure is the theory and practice of education developed by Gregory L. Ulmer in a series of books and articles, beginning with the publication of Applied Grammatology (1985), including his collaboration with colleagues in the Florida Research Ensemble (FRE). The preliminary phase of invention involves a synthesis, update, translation, and remake of these publications into exercises, assignments, projects (textshop pedagogy). The immediate point of departure of this blog is the book, Konsult: Theopraxesis, forthcoming in Parlor Press Electracy and Transmedia Studies series (2019). This book develops the Theory register of the heuretic CATTt guiding KE. A basic strategy is to invent electracy by analogy with how literacy was invented in Plato’s Academy in Classical Athens. In brief: Konsult is to electracy what Plato’s dialogue is to literacy. Plato’s dialogue performed an interface event in which illiterate students encountered literacy, undergoing a transition from conversation to dialectic. Konsult similarly performs a transition from consulting to conduction. 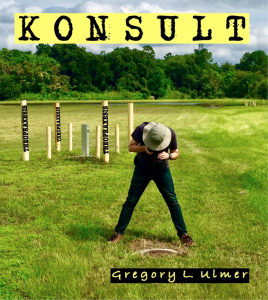 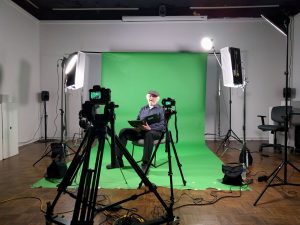 Gregory L. Ulmer is Professor Emeritus, English and Media Studies, University of Florida, Gainesville, where he taught from 1972 to 2016. He is coordinator of the Florida Research Ensemble, and served as Joseph Beuys Chair at the European Graduate School, 2000-2009.

Credo: What is the role of the Humanities Disciplines in digital education? Beyond Digital Literacy and STEAM, the H’MMM Disciplines.